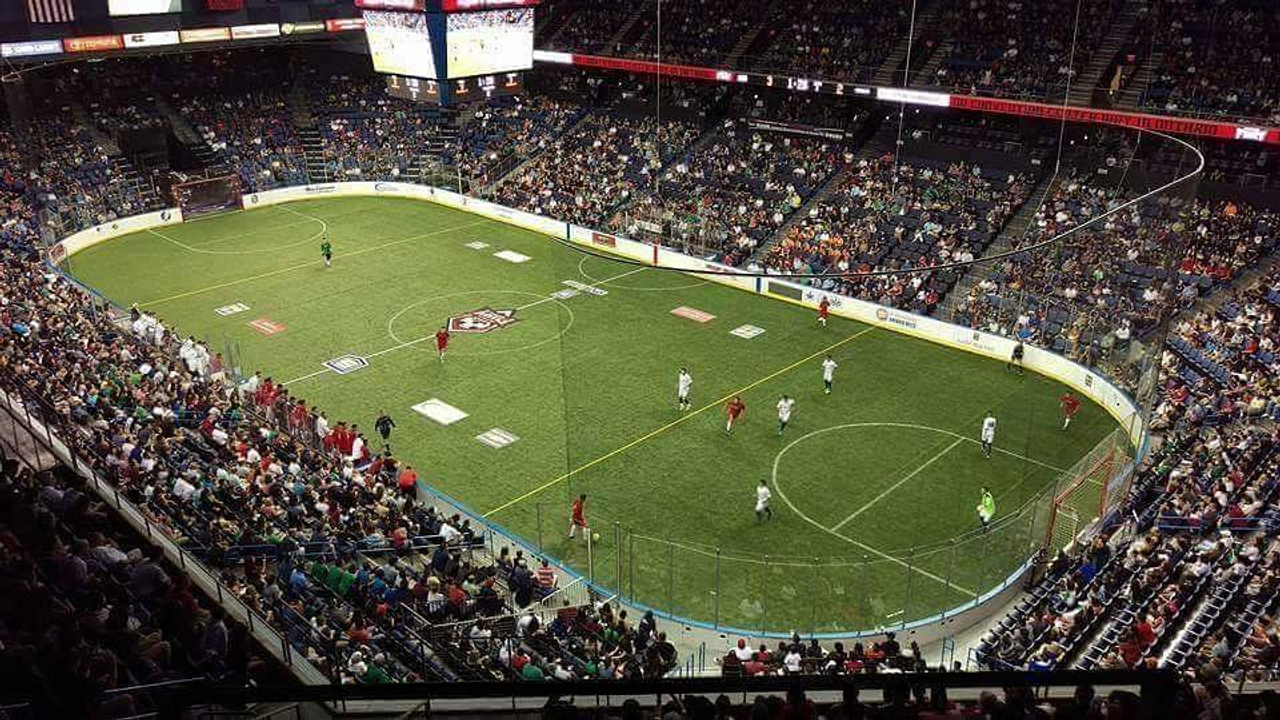 Indoor soccer was developed to appeal to sports fans around the world.  The fast-paced, fiercely competitive game is played on artificial turf on a hockey-rink-sized field surrounded by dasher-boards and Plexiglas with eight-foot high by 14-foot wide goals receded into the end boards.  Creative dribbling, pinpoint passing, acrobatic goalkeeping and rugged defensive play are all skills demonstrated by players.  A typical indoor game features end-to-end-action resulting in approximately 60 shots and 11 goals per game.  Each game includes four 15-minute quarters and other unique characteristics of the indoor game include action-packed power plays and free substitution of players while play continues.

RULES OF THE GAME

THE PLAYERS AND OFFICIALS:

BOARDING - When one player intentionally pushes an opposing player into the perimeter boards.

BREAKAWAY - When a player in possession of the ball has a clear run to the opposition goal.

CENTER - To pass the ball - either in the air, or on the ground - from a wide position on the field into the penalty area.

CORNER KICK - When the ball goes over the glass on the goal side of either corner flag, having been played by the defensive team.  The offensive team kicks the ball back into play from the corner spot closest to where the ball left the field of play.

CROSS - The term often used for a center played in the air.

DEFENDER - A player who marks the opposition's forwards or offensive zone with the intent of preventing goals.

DRIBBLE - Using the feet to advance the ball.

FORWARD (STRIKER) - A player whose main job it is to create and to score goals.

GOALKEEPER - A single player who acts as the last line of defense.  The only player who is allowed to use his hands but only when positioned inside his own penalty area.

GOALKEEPER DISTRIBUTION - The restarting of play by a goalkeeper after a timeout or after an attacking player has last touched the ball before crossing the perimeter wall between the corner flags. This distribution is taken from any point within the penalty area by the goalkeeper.

HALF-VOLLEY - Kicking the ball just as it rebounds off the ground.

HANDBALL - Illegal act of intentionally touching the ball with the hand or arm (from the shoulder to the tip of the fingers).

HAT TRICK - The term used to describe the scoring of three goals by one player in a single game.

HEADING - Using the head to propel the ball.  The proper area of the head that should be used is the forehead, between the hairline and the eyebrows.

JOCKEYING - A defensive technique used to slow down and/or to redirect an offensive player in possession of the ball.  The defender does not attempt to win the ball, but tries to maneuver the attacker to a less dangerous area of the field, delaying the attack until defensive help arrives.

LOB - A soft kick taken on the volley, lifting the ball over the heads of the opponents.

MAN-TO-MAN - A type of defense where each defender marks a specific opponent.

MARKING - The covering or close guarding of an opponent.

MIDFIELDER - Both an offensive and defensive player who is primarily responsible for linking a team's forwards and defenders.

OBSTRUCTION - A deliberate action of a player using his body to prevent an opponent getting to the ball when that player is himself not within playing distance of the ball.

OFF-THE-BALL - A term which describes the position of attacking or defensive players who are making helpful runs away from the ball.

OVERLAPPING - The attacking play of a defender going down his own touchline past a teammate to possibly receive a pass.

PENALTY KICK - When a team commits a major foul, e.g. tripping or handball, within its own penalty area, the referee awards a penalty kick to the opposition.  The ball is placed on the red spot 24 feet from the goal and the kicker has a free shot on goal.  The goal can only be defended by the goalkeeper who must stay on his goal line without moving his feet until the ball is kicked.  All other players must remain outside the penalty area until the kick is taken.

POWER-PLAY - Similar to ice hockey in that a player guilty of an infraction is sent to the penalty box, forcing his team to play a man down.

PULLING THE GOALKEEPER - A strategy used by a team behind in the closing stages of the game.  The goalkeeper on the losing team is replaced by a field player, in order to give his team an extra attacking player.

SAVE - A play by the goalkeeper or defensive player which prevents an opposing team's shot from entering the goal.

SCREENING (SHIELDING) - When a player legally protects the ball from an opponent by keeping his body between that player and the ball.

SHOOTOUT - Awarded to a team when the opposing squad is guilty of a technical infraction. The ball is placed on the red spot on the offensive yellow line whereupon a designated attacking player goes one-on-one with the goalkeeper.  As soon as the referee blows his whistle the goalkeeper can leave his goal line and the attacking player has five seconds in which to score.

SWEEPER - Name given to the player who sweeps up behind his fellow defenders, generally the last line of defense in front of the goalkeeper.

TACKLING - When a player attempts to, or succeeds in taking the ball from an opponent by using his feet.

TRAPPING - The control of the ball by using various parts of the body including the chest, thighs, and feet.

VOLLEY - Kicking the ball while it is in the air.

WALL PASS - A pass to a teammate who gives a first-time, angled, return pass behind an opponent.  Often called a "give and go" or a "one two."

ZONE - A type of defense where each defender marks a specific area (or zone) rather than a particular player. 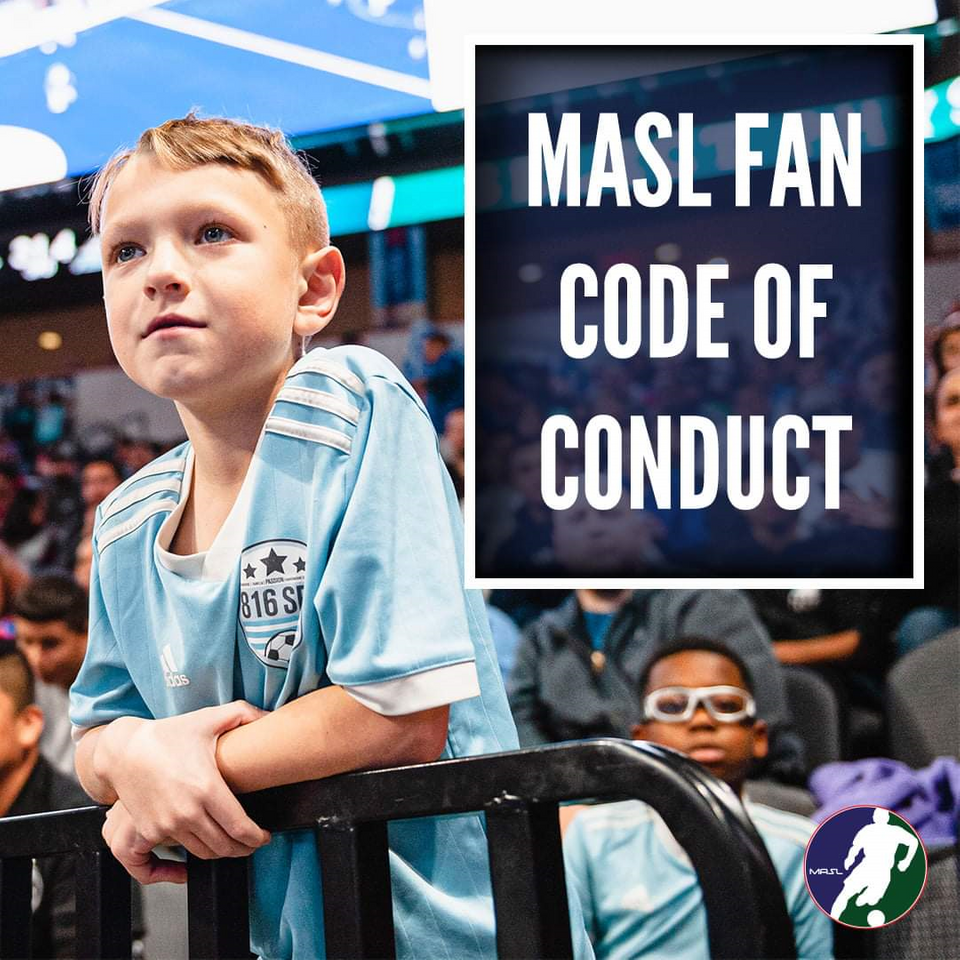